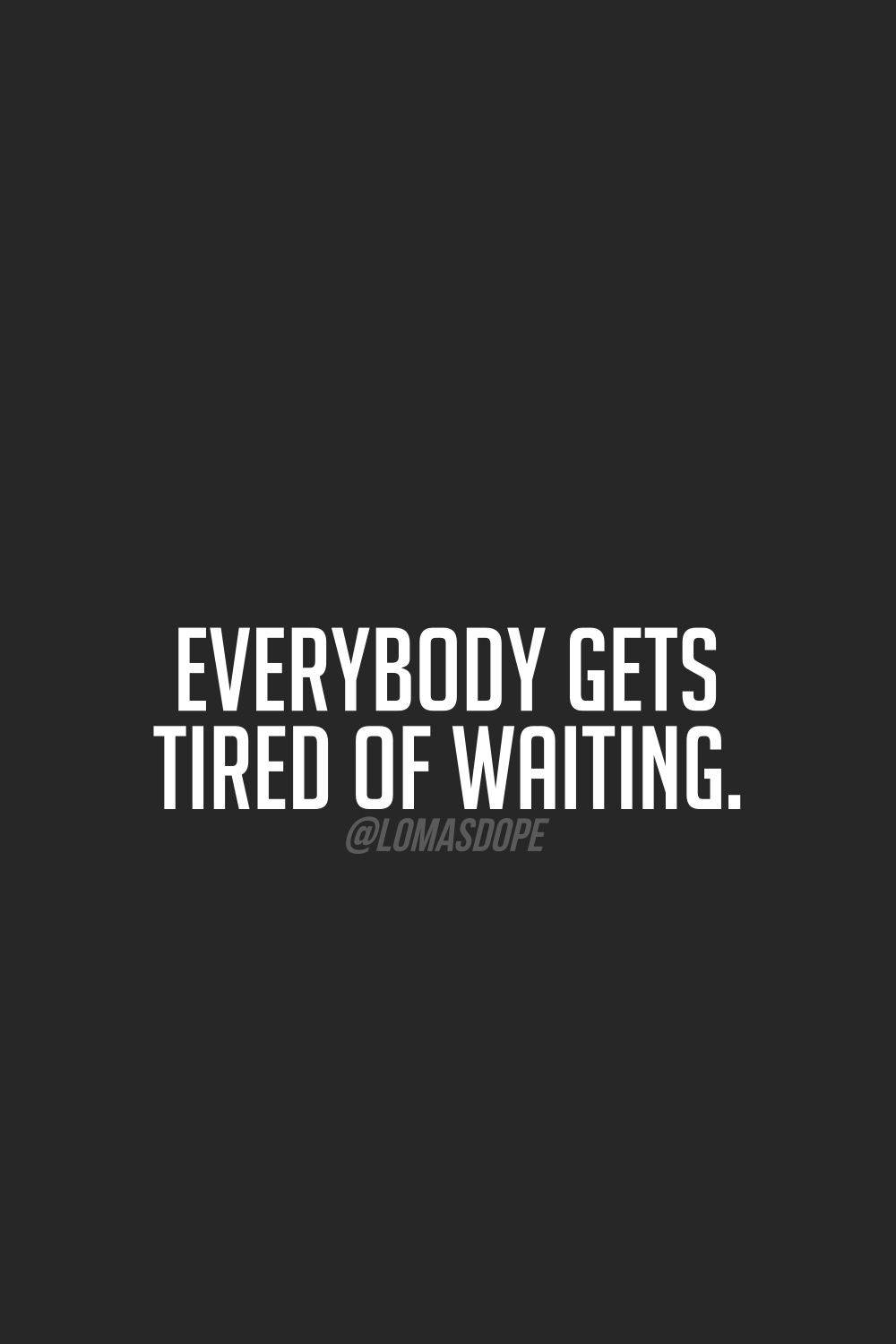 There is not much more he can do these days, but to wait.

He knew the disease would slowly take his ability to move. A few days after his diagnosis, every website that explained the disease in gruesome detail explained to him what to expect. He would steadily become a prisoner in his own body. There would be no cure, no treatment to slow this process down, and no one with answers as to why this was happening.

The days would pass, as they often do. Lives go on, people come in and out of his world, but still…he waits.

He is locked inside what was once a six-foot two-inch frame, of broad shoulders and the strongest of legs…legs that had easily ran up mountains, swam in oceans, and walked with confidence through any door. His fingers have curled, the tendons and bones are all that are left to show hands that had once caressed his wife’s body. His arms lay at his side. He no longer fights the urge to raise his arm to scratch an itch.

Instead, he calls out for someone to come wipe his eyes, to reposition certain body parts, to adjust and to maneuver.

His legs spasm, not in pain, but in the normal progression of the disease.  He glances down at his feet.

There is nothing normal about this.

His toes are beginning to resemble his fingers as they too, curl inward. The disease has ravaged his feet.  He stares at his toes, willing them to wiggle, to move, anything to prove that he hasn’t lost that small little ability.

Rolling his head from side to side, he feels the heaviness that is slowly taking hold.  He knows what is coming.

Soon, the weight of his head will be too much.

He stares out the window.

There is a bustle of noise coming from the kitchen. Pots and pans clanking, the scraping of spoons as they are stirred by someone else. Someone else who can move easily from one task to another.

The familiar pang of sadness at his loss begins to creep into his consciousness.  He closes his eyes.

He has been waiting.  Waiting and wondering when the time comes that the smells that come from the kitchen become intolerable.  He wonders how long he will have to wait before he can no longer chew the food that someone else places into his mouth. His jaw is already sore.  It is getting harder to speak, and to chew.

Someone calls out his name.

He has been waiting.

Waiting for someone to come and wheel the metal arm closer to the bed. To hook each loop into the bar, and effortlessly pick him up.

He glances at the reflection in the mirror.

Legs dangling, a large sling wrapped around his body, as he hangs helplessly from the air. He looks away.  He knows what he looks like.  He is naked, in the most vulnerable way a man can be.  There is no covering him.  He is long past embarrassment, but the vision of seeing his reflection staring back at him and being incapable of covering his most private of areas, is difficult to see, even for him.

Someone pushes and grunts and pulls to maneuver his body back into his wheelchair.

He waits patiently for the metal arm to slowly place him into a sitting position in his wheelchair.  A blanket has been laid gently on his lap, his teeth are brushed, and his pills have been swallowed.  One of the pills catches on the way down, causing him to cough and choke.

Quickly, someone grabs the small machine and hose that is never far from reach. The machine is meant to simulate a person coughing.

He waits and tries not to feel claustrophobic as the mask is tightly pressed against his mouth and nose. He couldn’t protest if he wanted to. The machine forces air so hard into his mouth and lungs, his cheeks swell against the mask. A click of the machine, and the reverse happens, as the air is pulled, almost violently from his body. It is the only way his body can cough. Over and over again, this procedure is done, the machine straining, as it forces air in and back out again.

His airway clear again, he can breathe.

The momentary adrenaline rush at the lack of air moving fluidly through his body slows as his heartbeat returns to normal once more.

He is wheeled out into the kitchen. Someone has prepared dinner.  His meal looks less than palatable. Soft foods so as not to choke again. He sighs…He waits while someone sits down next to him, grabbing a fork and begin to gracefully place the food onto the prongs and then lift it to his mouth.  He opens his mouth…chews the food, moving it around his mouth, a bit of anxiety and hope that he can swallow this bite without choking again.  Small bites. Slowly….he swallows.

He needs a drink. Watching, he leans forward with his head, lips outstretched towards the glass.

The effort is exhausting. He shakes his head. His jaw is tired.   The water dribbles down his chin.

He waits for someone to grab a napkin and wipe up the droplets hanging, threatening to spill beside the bits of food he had been unable to hold in his mouth, that are now laying in his lap. He waits for everyone around the table to finish their meal.

He maneuvers back into the bedroom to watch television.  Someone else needs to get ready for the day. The children are all running, a cluster of excitement as they get ready to leave and go about their busy lives. He positions himself in front of the screen.

He waits for everyone to say “goodbye” as they run out the door. A quick kiss to the forehead, and the door slams behind them. He listens to the stillness of the house.

The caregiver walks in. She swiftly picks up the remote, points it towards the wall, and clicks on the tiny buttons to the channels he prefers. The television has become his only outlet and escape from this disease. It is all he can do to pass his time now.  He can lose himself in make believe for just a while. For just a moment, he doesn’t have to think about what he needs, what others do for him.  He wants to go out. He feels trapped…trapped inside the house, and inside his body.

He waits for a text message, an email, a phone call. Anything that shows that he is still participating in his life.  He seldom hears from those who had once been so close to him. He wonders if they think about him.  He understands that the world kept turning, he just isn’t turning with it.

He waits for visitors that never come. He wants to ask them to stop by, to sit and tell him about all the new experiences they are having. He supposes they feel guilty. He knows he makes them uncomfortable now.  If, and when an old friend pops in for a visit, it is always the same.  Big smiles to hide the awkwardness as they lean in for a hug. They complement him on his inspirational strength, but the smile falters. They fumble for words, for stories, and things to talk about. They feel guilty for still living, as they sit across someone who has so little time left.  They glance at their watch. They need to go soon, but they promise to come again soon…But they won’t, and they both know it.

He waits for conversation…but the caregiver is busy taking care of him.  The caregiver is not there for companionship. They sit out in the living room, staring at their phone. Too busy counting the hours before their shift is over so they can leave. He understands…he is counting down for their shift to be over as well.

He has to use the restroom again. He calls out for help. He waits until someone is finished doing their chores before they stomp in to help…again. He tries to hold it and tries desperately not to lose his patience. He hates asking for help, but there is no choice. He wonders what is taking so long this time.

He waits for hands to touch him, but the only caress comes in their efforts to be efficient.  He misses reaching his arms around a loved one for a hug. He misses breathing in their scent.

He doesn’t want to ask for help again.  It feels as if it is constant.  The need for something, the constant requests for drinks, food, adjustments.  He feels like a burden.  Time is ticking by, and his requests grow more frequent with every passing day.

He wonders how his life came to this moment.  The limbo of wanting to live but waiting to die.

He looks out the window…