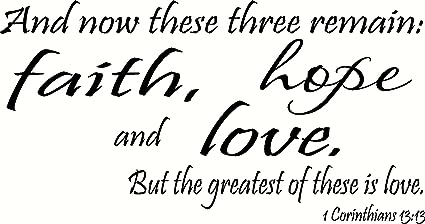 “Mama passed away”
It’s six am, and I am eight hours away from home. This is the text message I wake up to. I set down my phone and lay there.
The hotel room is modern, with sharp edges and a cold surface. It seems colder now.
I turn my head. Laying next to me is my baby boy. He is not so little anymore, but when he sleeps, he still reminds me of the baby I held all those years ago. His little upturned nose, long dark lashes laying across his sweet face. His mouth is open slightly, and his hand is near mine. I reach over and gently touch his cheek.
She is gone.
The thought seems foreign to me for a moment.
I didn’t get a chance to say goodbye.
I had seen her the month before, but it was a whirlwind of people and activity, so visiting with her was short. Matthew said she was having difficulty breathing, but I still refused to accept that she could be close to the end.
I quietly rolled over to glance at Matthew.
He is laying in his wheelchair, pillows tucked around him. Blankets piled on top of him. Not much is seen except his head poking through. His mask moving in and out with each breath the machine pumps into him.
How will he take this news? A tear slides down my cheek, and I flash through the memories of when I had first met her and her family. So many smiles, so much laughter, even in the painful moments.
Anticipatory grief is knowing what is coming, being helpless to stop it, yet still feeling the heart break, even after you have prepared for it.
This time is no different.
I knew she was in Hospice. I knew she was tired of fighting. She was in pain. She was hurting. And selfishly, I wish she would have held on.
She was so loved by so many. A mother to many, and a woman who was known for her friendship as much as for hard work ethic, her love of family, and her laugh. Her sweet and caring nature was easy to love.
I doubt I will ever be immune to the sting of hearing when someone has passed. I have seen it almost daily on Facebook for years now, another angel has gotten their wings from this disease called ALS. This may be why I don’t visit the support groups anymore. I meet them, grow to love them, only to lose them.
This family is another one I have come to know and love, and it makes the loss that much harder.
I had the honor and the privilege of watching a family come together during chaos and sadness and hold each other up.
To say I was jealous would be an understatement.
The strength this family possesses, and the love they have for one another has been inspiring to watch.
I witnessed a man, weary and worn down, still get up every day. Even at times where he probably felt he couldn’t muster up the strength to continue, they circled around him, supporting him, so that he could care for her in her last years. Eyes that hold pain, but shoulders that continued to carry the burden and grief of it all.
Her daughters cared for her with comforting hands, helping with showering and dressing. But more than, they were pillars during times when the disease became too emotional for her to hold in. They allowed her her tears and her grief, so that she could show a courageous face outside the walls of their home. Grandchildren that wanted to be with her all the time, no matter that towards the end, there was a constant reminder of her illness wrapped across her face to help her breath.
I am not naïve to think they did this perfectly. There is no perfect. And there is no right or wrong way to deal with a diagnosis like this. But if I could look to a family who handled this with grace, support and love…this family came together during the most difficult of times and I am in awe of their strength and determination to walk this journey together, side by side. I wonder if they know how truly lucky they are to have each other. So many other families are torn apart, but this family seemed to huddle even tighter together.
I can’t help but hurt for her family now. This woman was giving and kind. She wanted to support others as they traveled the same road she was on. She wanted to lend comfort and wisdom and she wasn’t shy in schooling those about the ins and outs of ALS.
I have no doubt that those who walked away, or lost touch with her after those three letters consumed her life will have guilt. Somehow, I just know she wouldn’t want that though. She has found peace. She is no longer trapped inside a body that refuses to move, and the pain is gone.
I lay there for a while longer, staring at Matthew. Do I tell him? Or do I wait?
He must feel me staring at him because he turns his head and opens his eyes. I begin the process of hitting buttons to move wheelchair plates down, and seat positions up, and more buttons for machines that I still hate, the beeping always so loud in my ear.
I sit next to him on the bed.
“Kathy passed away last night.”
Matthew winces. We are both silent. What more can be said? Our eyes fill with tears, but no words are spoken.
Our drive home that day was filled with quiet solitude. There is nothing else that can be done. And that is the hardest part of all.
And our hearts are broken once again…