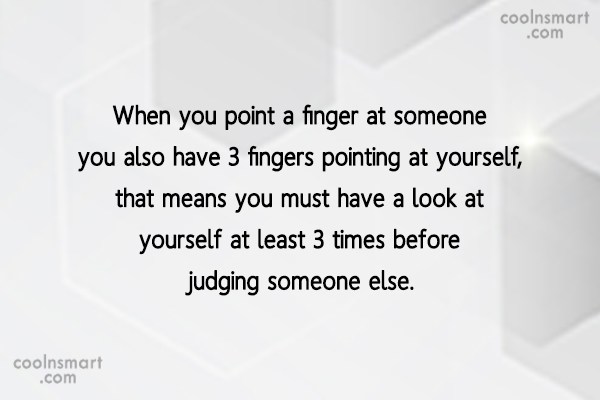 He was sitting against the wall, a blanket spread out beneath him. His dog sitting next to him. Maybe you didn’t see him. He was just another fixture, among the pumpkins and the vending machines.

Maybe, when you did notice him, you got that uncomfortable feeling in the pit of your stomach?

Without making eye contact, you changed your the path you were taking ever so slightly, so as not to intersect with his. A subtle move, but this way, you can look anywhere but towards that direction, and head into the warmth, safety and comfort of the grocery store chain, pretending not to have seen the homeless man sitting near the entrance.

I did notice him.

I walked towards him.

The crisp air has that bite to it. It is going to rain. My feet move faster, as I try to get under the protection of the building’s overhand. As I get closer, his dog gets up, slowly, as if stiff from arthritis, tail wagging at my approach. I kneel in front of the old dog, scratching that spot on her back, the ever out-of-reach area that all dogs enjoy getting some added attention to.
I smile, letting the dog break the ice between us.

“Her name is Allie!” He tells me that its short for “Alcohol,” because she is a “liquor.” I give him one of my sideways smiles, it’s hard not to when I can see he is giggling at his own inside joke.

“Can I get you anything from inside?” I ask him.

The dog looks well fed, but I offer to feed her as well.
The toothless grin widens, as if in disbelief that I stopped to offer him something. That I noticed him.

“Maybe a cup of coffee or a cup of soup?” He seems as if he may be asking for too much and doesn’t want to offend me. His face is apprehensive.

“What about her?” I ask, jerking my head towards his dog.

His smile widens even more, the wrinkles around his eyes deepen as he tells me she has plenty of food. Judging by her extra padding, I nod my head, chuckling with him in agreement.

I make my way into the store, grabbing the shopping cart. I never remember to write down what I actually need, which inevitably leads to my overspending and grabbing items that aren’t necessary. Wondering if I should grab him a beer or a pack of cigarettes, I scoop up a to-go container of chicken noodle soup. Grabbing far more crackers than are actually necessary, I pile it into a haphazard stack on the child’s seat of the cart. I wonder if the cashier will make me put some of these saltine crackers back, as they spill over. I make my way around the store, grabbing what I came in for, and items I don’t really need, but I fill my cart anyway.

I grab a bottle of water and glance around for something else that might tide him over. Without teeth, I imagine it might be difficult to eat the sandwich I picked out. I grab it anyway. And a package of M&M’s.

I ask the cashier to bag these items separately.
She inquires if its my lunch break. I simply tell her no. I don’t feel like telling her my motives of packing a lunch. She does tilt her head, questioning me, as I grab a $20 and stick it inside the bag.

The great pile of pumpkins greets me as I exit the store.
I feel slightly panicked when I can’t see him.
What if he was asked to leave? Maybe the manager asked him to get off the property?

I make my way around the concrete pillar, and there are his boots, legs stretched out in front of him. Worn and tattered, along with his old cargo pants, he slowly comes into view. This time, the old dog just wags her tail, too lazy to stand and greet me again.

I kneel beside them, as I hand him the plastic bag full of goodies. He glances up at me, looking astonished at the items in the bag.

His name is Joe.

He has blue eyes, and a scraggly face that is kind. His hair is thinning, and its dirty, matted to his head. He has a warm jacket on, but I wonder if the cold from the concrete is seeping into his bones yet.

He tells me how he was living over in the trees across the street. He points with twisted fingers, to the lot near the intersection. Unfortunately, the owners had the trees thinned, so he had to move again. There is a “pallet paradise” up the road a way, that he and his buddies built. He shakes his head in disappointment. He knows all his effort will be for nothing soon, as all the vacant lots are being cleared for new growth. He tells me that there aren’t many places left for him to pitch a tent anymore. He likes to hide in the trees, where no one can see him. It is getting harder to find nooks and crannies to make a camp.

If you are wondering if he has been homeless long, the answer is yes.

He has been homeless for years.
I ask him if he has tried any of the shelters.
He laughs, shaking his head, more out of disgust than anything.
Every shelter tells him he is welcome, but that his dog is not.

“Would you give up two of your children? Because that is what they are asking of me!”

I agree with him.

I understand more than most that when you have very little, the things that you do have will have more significance and meaning in your life.

I tell him about several of the shelters I do know of, asking him if he has tried them. He tells me of the ones he has tried, and unless you are willing to follow their exact protocols, they will not accept you. I ask about the place on 2nd street, if he has gone in there, to at least get some food.

Again, he tells me that he has made the effort to venture in, but that they kick him out in the evening. I ask what he does to stay warm. His shoulders pull back with pride. He stays warm because he has a heater in his tent. He smiles that toothless grin again when he sees my astonishment.
Not many of the homeless people have means for additional warmth.

I glance over my head.
A man on a bicycle is riding by.
They give each other the perfunctory nod.
A silent gesture of hello.

I realize that the man on the bike is more than likely homeless as well, though he looks far cleaner than Joe.
Music is playing quietly on his little radio he has sitting next to him, and he pulls out a pouch, stuffing his pipe with tobacco. Most of his belongings are stuffed into a duffel bag beside him.
I introduce myself, shake his hand and wish him well.

Who am I to judge if he is happy or successful?

It seems to me that a man, with a loyal dog and his beautifully carved tobacco pipe, may have more happiness than many of the strangers rushing into that store, refusing to acknowledge him, simply because he doesn’t live by their rules.

I feel a twinge of sadness that he must adapt in order to be considered worthy enough to be helped. Then again, isn’t that the way of the world?
We adapt, or we don’t fit in.

Joe is an outsider. He thumbed his nose at those who would give him charity, but charity by their rules and requirements. He is loyal to his dog, an animal that he told me has kept him safe from other humans and animals wanting to do him harm.
He will never leave his trusted companion simply to look out for himself.

Many people probably view him as crazy, mentally ill perhaps. And maybe he is. I imagine many are scared when they look at him. He doesn’t act like everyone else. At the very least, he makes people uncomfortable and on edge.

His needs are far simpler than most. I don’t know his story. I don’t know what choices he made, or what situations life threw at him to have put him in the situation he is in. I simply offered a smile, a conversation, eye contact to let him know that he is human. He is worthy of being noticed on a chilly fall afternoon.

We are all worthy of being noticed… 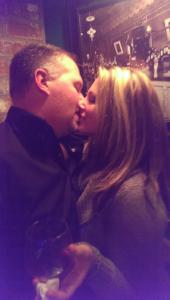